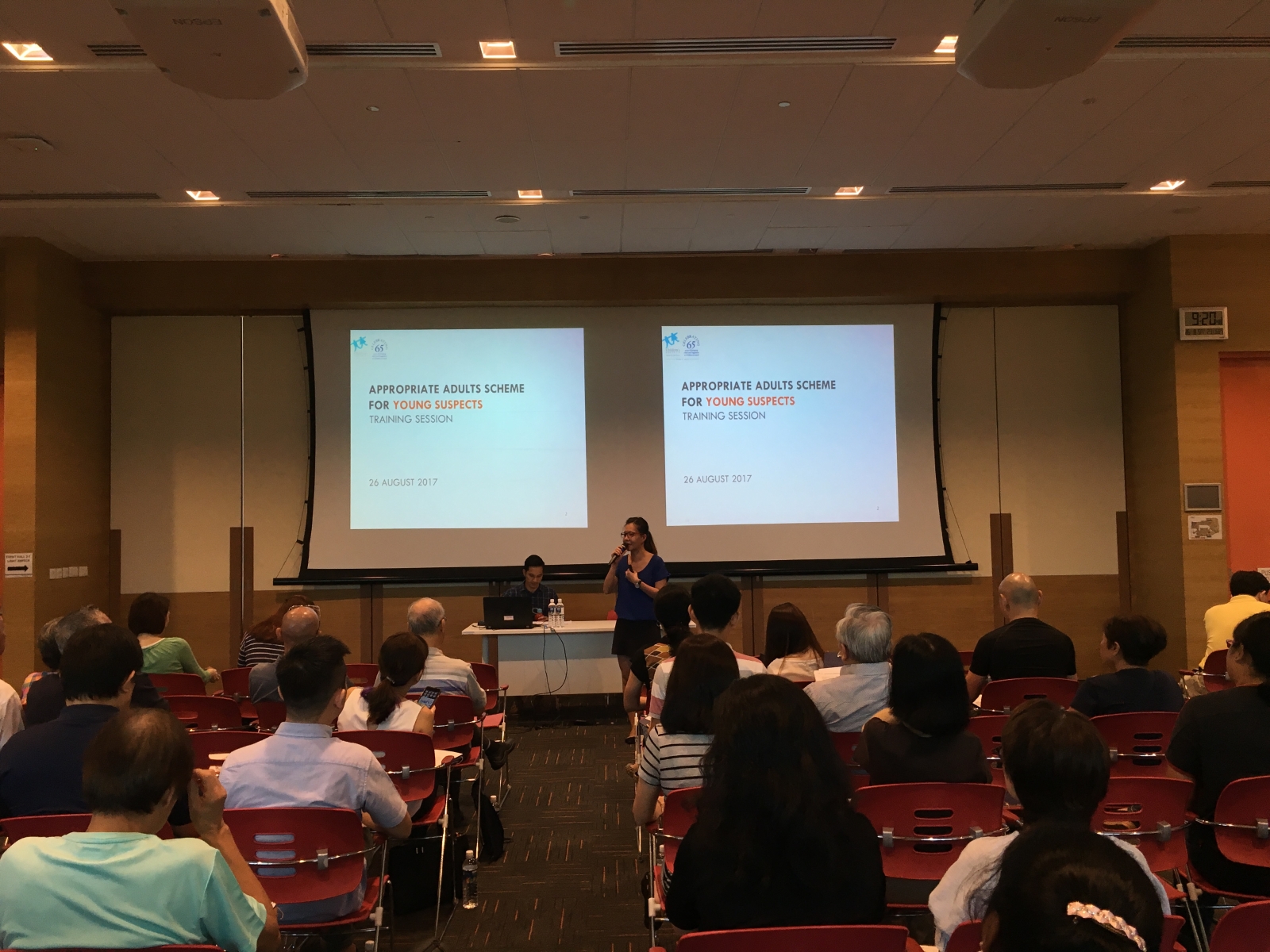 The Appropriate Adult Scheme for Young Suspects (AAYS) has gained much traction since Singapore Children’s Society was appointed service provider earlier this year.

At least 300 volunteers have joined the programme, and many of them have stepped in – even at short notice – to provide support for young suspects being interviewed by the police

Under the scheme, which was launched in April, suspects under the age of 16 are accompanied by a neutral adult who provides emotional support during their interviews with the authorities. When required, the adult also facilitates communication between the suspect and the Investigation Officer.

Children’s Society was appointed service provider for the AAYS in February for a period of two years. Since then, we have recruited and trained volunteers, and managed and activated them as needed.

Volunteers must attend a compulsory briefing, followed by an AAYS volunteer training session before they can be activated. There have been two rounds of recruitment to date, the last held in August.

Children’s Society will be conducting a third round of briefing and training between December 2017 and February 2018. Adults above the age of 21 can sign up as AAYS volunteers at aays@childrensociety.org.sg.