VOX: New Platform for the Voices of Our Youth 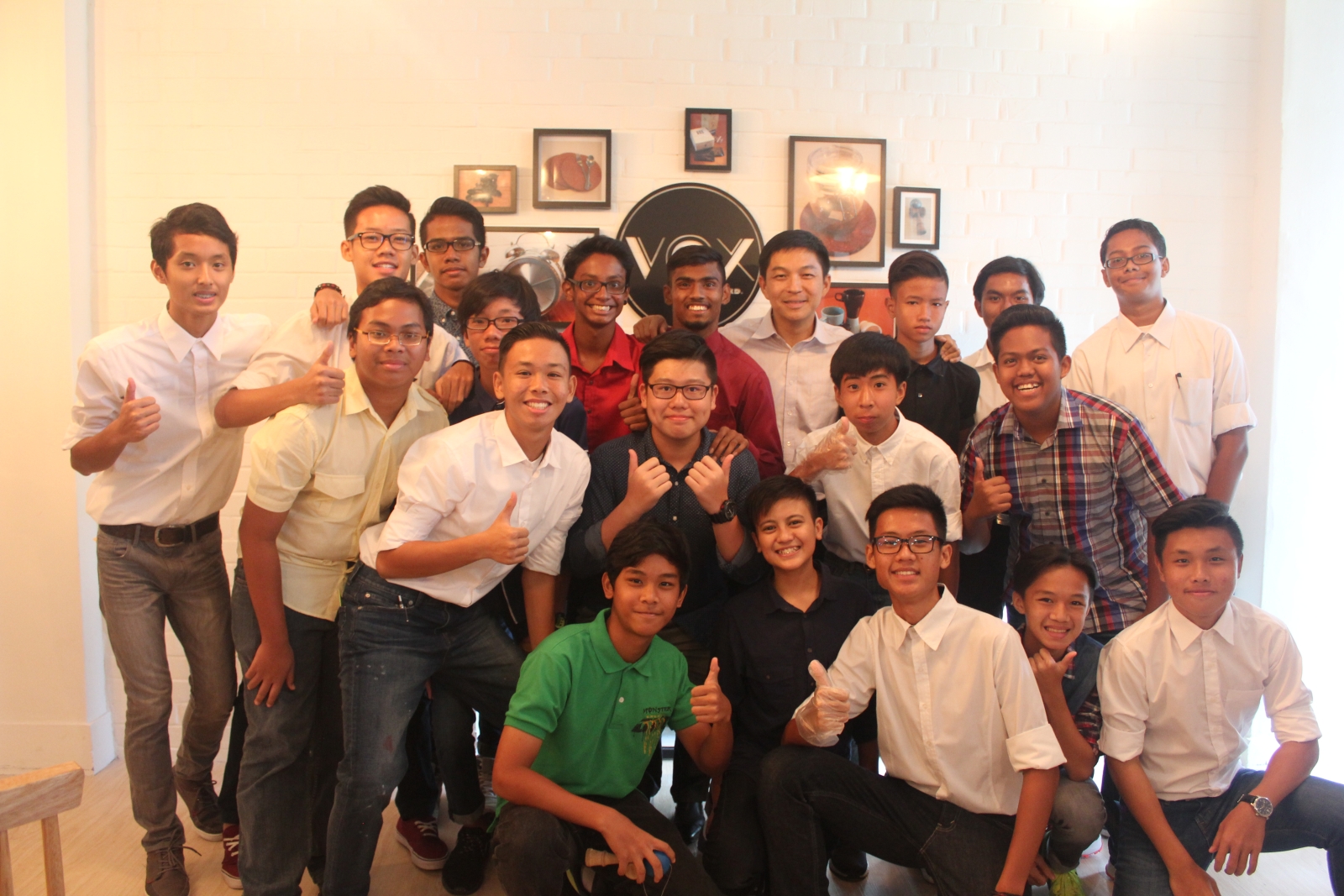 Bringing youth together: Mr Tan Chuan-Jin (back row, fourth from right) posed for a photograph with the youth at VOX.

The new drop-in centre caters to youth aged between 13 and 18 who live in areas including Kembangan and Chai Chee. The programmes at the community-based centre are guided by the Positive Youth Development Framework, which focuses on the 5Cs – Caring, Character, Competence, Confidence and Connection.

Located at 44 Chai Chee Street, the 273-square-metre youth centre is fashioned after a café. It has an alfresco area where youth, their families and the community can bond over activities like gardening and watching football, an open kitchen and bar, a counselling room named ‘The Lounge’, a spacious main hall, and office space for counsellors and social workers.

The name VOX, which means voice in Latin, was selected by the youth through a poll. Their views were also sought on everything from the centre’s design to the programmes on offer.

Guest-of-Honour Mr Tan Chuan-Jin, Minister for Social and Family Development, said that having the youth’s input on the centre’s concept was important since it ultimately caters to them. “I am a firm believer of community partnerships and hearing the voices from the community, a community that includes the youth who will eventually be the users of this centre,” he said.

Mr Koh Choon Hui, Chairman of the Society, added that VOX @ Singapore Children’s Society would develop and evolve based on the changing needs of its youth.

“At VOX, we want to hear the voices of the youth and put their aspirations and experiences at the centre of all discussions,” he said.

To date, the centre has reached out to 80 youth and worked on eight projects. It hopes to reach more than 100 youth per year, and will continue to engage them through meaningful small-scale projects that allow them to work closely with the Centre’s social workers.