The definition of success is different for each child, and it is important to support them as they discover and realise their potential, says Mr Chan Chun Sing, Minister in the Prime Minister’s Office, who delivered the Singapore Children’s Society 65th Anniversary Lecture ‘Definition of Success – Doing Justice to One’s Blessings’ on 24 November.

Success should not be measured by a single yardstick, he told the audience of more than 250 educators, parents and young people during the hour-long speech and dialogue session, adding that a resilient society requires a diversity of skills.

Mr Chan went on to describe a fictional society that defined success based on its initial needs, with members of the society pursuing only the skills that were considered successful.

It was only after the society survived natural disasters thanks to the different skillsets of some of its members that it realised that limiting the definition of success to the mastery of a handful of specific skills was inadequate.

Mr Chan told the audience that they were key players in determining how the story would end.

“Today we may be a hunter-gatherer society, tomorrow we might face the floods, and yet another day we might face a volcanic eruption,” he said. “The people that can help us survive and transcend these challenges are perhaps people with diverse skillsets.”

Mr Chan also urged parents not to put their children down when they fail to bring home the best grades.

“My appeal to all parents is this: even if our children do not come home with the ‘A’ grade because they did not give the stock answer, please do not damage the child’s self-confidence by making them feel that they are unworthy,” he said.

“That is permanent damage.”

Mr Chan tackled a broad range of questions from his audience – from parents seeking advice on how to score their children an advantage in Singapore’s competitive environment, to teachers asking if anything would really change.

Society, Mr Chan said, had to be an “agent of change” – and parents needed to be the change they wanted to see.

Children’s Society Chairman Mr Koh Choon Hui said in his opening speech that the two-day conference, themed ‘Rethinking Success’, was to encourage conversations on broadening the definition of success beyond academic achievements.

“We believe that success does not just hinge on academic achievements alone,” he said. “It is equally, if not more important, to strengthen the socio-emotional competence of our children, and to nurture the other talents that they have. We see this as the key foundation in building our nation’s future.” 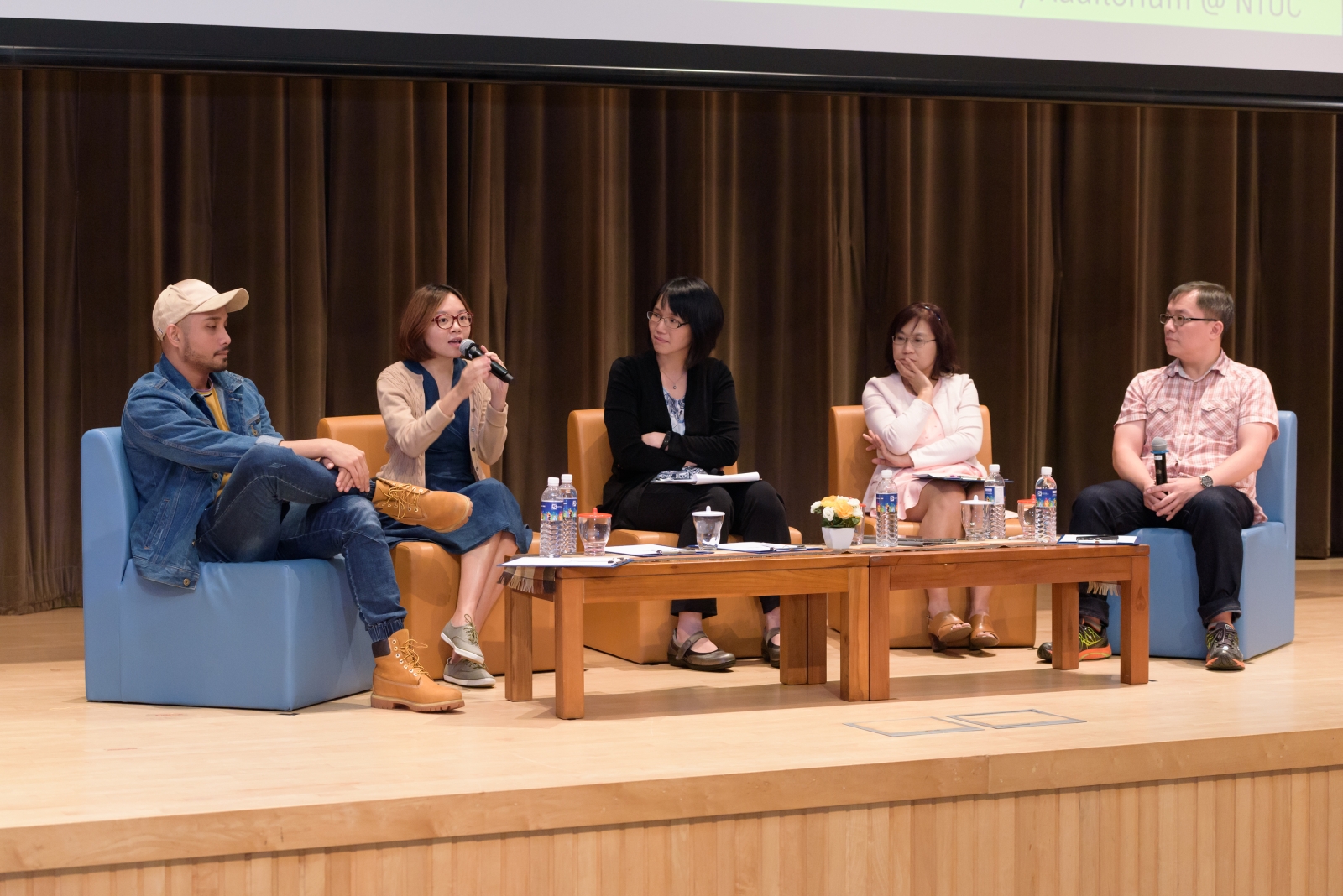 The Lecture was followed by a public forum on ‘Rethinking Success’, during which participants discussed how parents' expectations shape their children's aspirations and choice of course of study.

Four individuals who have taken the path less travelled, including stand-up comedian and television host Mr Fakkah Fuzz, talked about their personal definitions of success in their fields of choice. The other three were Mr Dean Yap, co-founder of 100 Voices, a community group that aims to bring back the joy of learning, Ms Yong Leong Ying, whose child suffers from dyslexia and Irvan syndrome, and Ms Faith Ng, playwright and associate artist. A total of 76 children participated in the Singapore Children’s Forum on the second day of the conference, sharing their thoughts on what success meant to them personally.

Themed ‘What Makes You Shine?’, the third such forum by Children’s Society was presented in the format of a live television programme, featuring skits and videos by the children.

There were also dialogue segments with staff facilitators that saw the children answer questions from the audience about how parents can develop their children’s passions and help them excel.

Tommy Lee, 11, who attends Jurong Youth Centre, co-hosted the forum. He said the event helped explain to adults what children want in terms of help in achieving their goals.

“Success to a child is mainly about them being happy,” he said. “Support your kids in their passions, success is not all about qualifications.”

The aspiring young photographer added that happiness for children comes when they can give back to society and achieve their goals while pursuing their passion.

“Being able to eventually support my own family, take care of my parents and give back to society, that is success,” he said.