Even as she battled lung cancer after being diagnosed in 2013, Mrs Jane Kee did not let her volunteering life come to a standstill.

Each week, the former school teacher continued to show up at Children’s Society Student Care Centre (Henderson), where she had been a part of the Roots reading programme since 2009.

Unfortunately, the cancer overcame her and she passed away in February this year at the age of 78.

Mdm Halimah Yacob, Speaker of Parliament and the Guest-of-Honour, presented the Award to her husband, Mr Richard Kee. 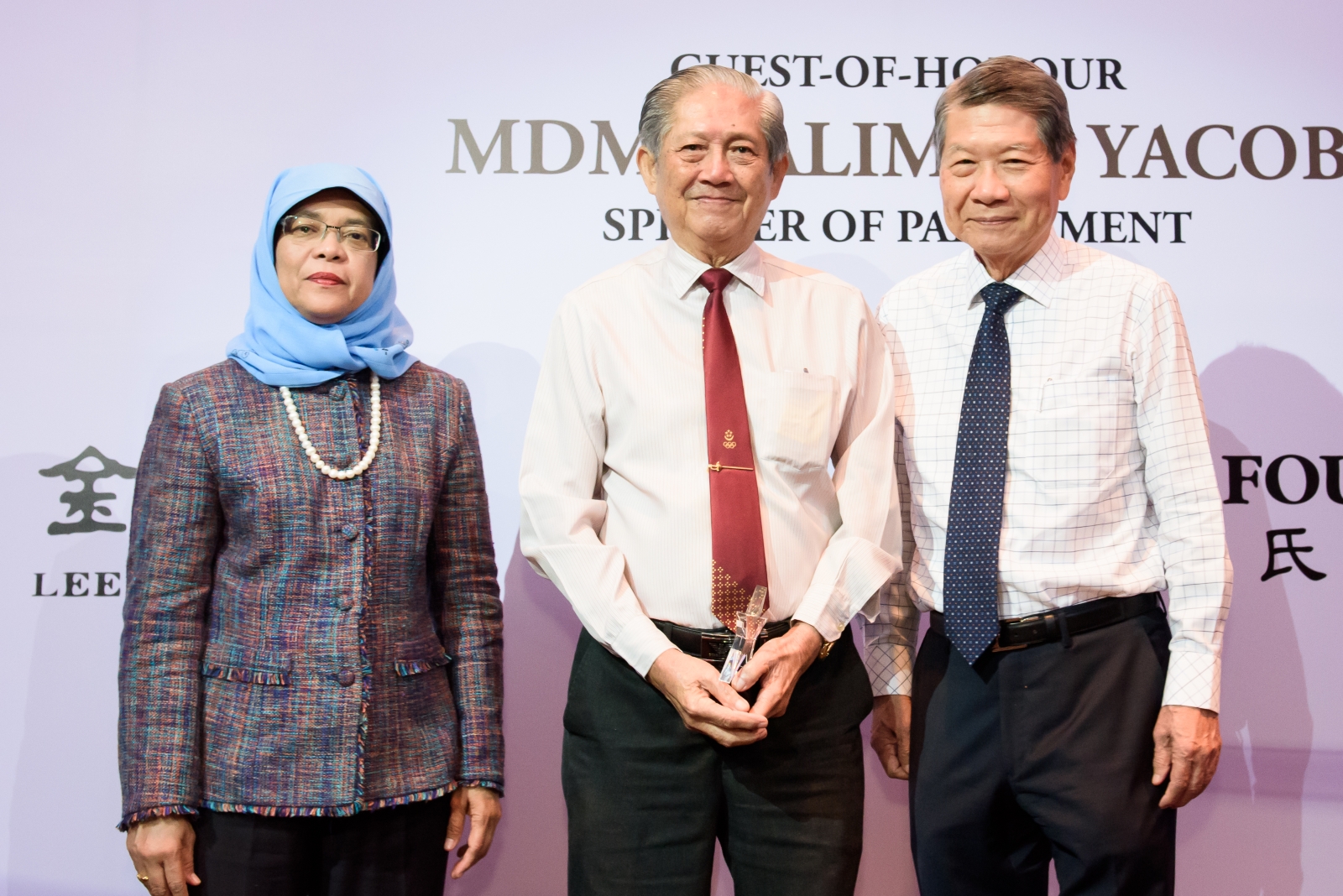 Sixty-four other volunteers and donors were also honoured at this year’s Awards.

The Gopal Haridas Award, bestowed on philanthropists who have donated more than $350,000 or raised more than $500,000 for the Society, was presented to Mr Lim Hong Beng, 54.

Mr Lim is a member of the Society’s Appeals Standing Committee which oversees the society’s fundraising initiatives. He was also Project Chairman for the Society’s Charity Gala Dinner 2014. The event raised a record $1.143 million.

Thank you to all the volunteers and donors who have made a difference to the lives of children, youth and families in need.