Having been on the receiving end of the kindness and generosity of others, 32 beneficiaries from Jurong Youth Centre made ‘Giving Back’ the theme for 2016’s YouthGIG, held over November and December 2016.

Working together, the 10- to 18-year-olds decided to organise three separate events for YouthGIG instead of the usual one-day affair.

For their first effort, the group tapped the ‘Meals on Wheels’ programme by TOUCH Community Services, and helped deliver meals to the elderly in the Jurong area on 9 and 11 November 2016.

Then, on 9 December 2016, the participants brought 10 seniors from the NTUC Eldercare Silver Circle (Jurong Central) for an outing to Gardens by the Bay as part of the ‘Seniors on Wheels’ project. Despite initial reservations about being able to engage with and care for the elderly, particularly those in wheelchairs, conversations followed smoothly and apprehension faded quickly when they saw how much fun everyone was having. They also presented photo souvenirs to their new friends at the end of their day out. 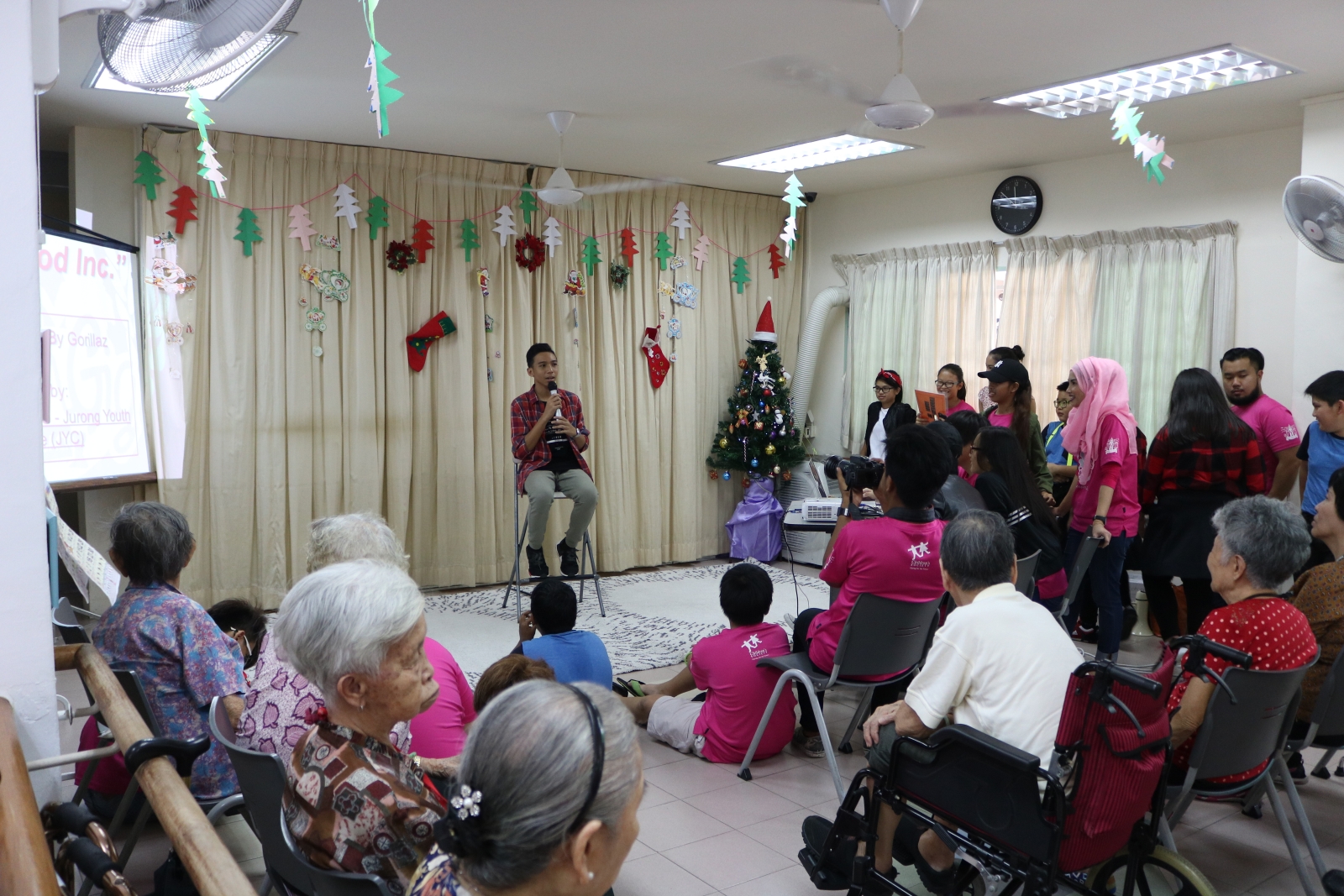 The group ended YouthGIG 2016 on a high note, with a finale organised at the senior care centre, with some 60 elderly charges as their audience. The YouthGIG team decorated the centre, played games with the elderly and put up a mini-performance.

Among them was Travis Sim, 10, who busted out his best dance moves for the occasion. With five other team mates, he danced to a mashup of ‘24K Magic’ by Bruno Mars and ‘Just Girly Things’ by Dawin.

Ultimately, the group was able to find ways in which they could truly give back and make a difference, explained Loo Shi Hua, 13, who joined Jurong Youth Centre in 2015 and was part of the organising committee.

“YouthGIG is a good way for us to find out who needs our help, and find ways to help them. When we demonstrate care and concern for the community, it makes us better people,” he said.

Our beneficiaries will once again challenge themselves to ‘Be the Change’ at YouthGIG 2017, by demonstrating a sense of appreciation for their community, providing services to the less fortunate and putting smiles on the faces of members of their community.