Game On at NorthLight CABIN 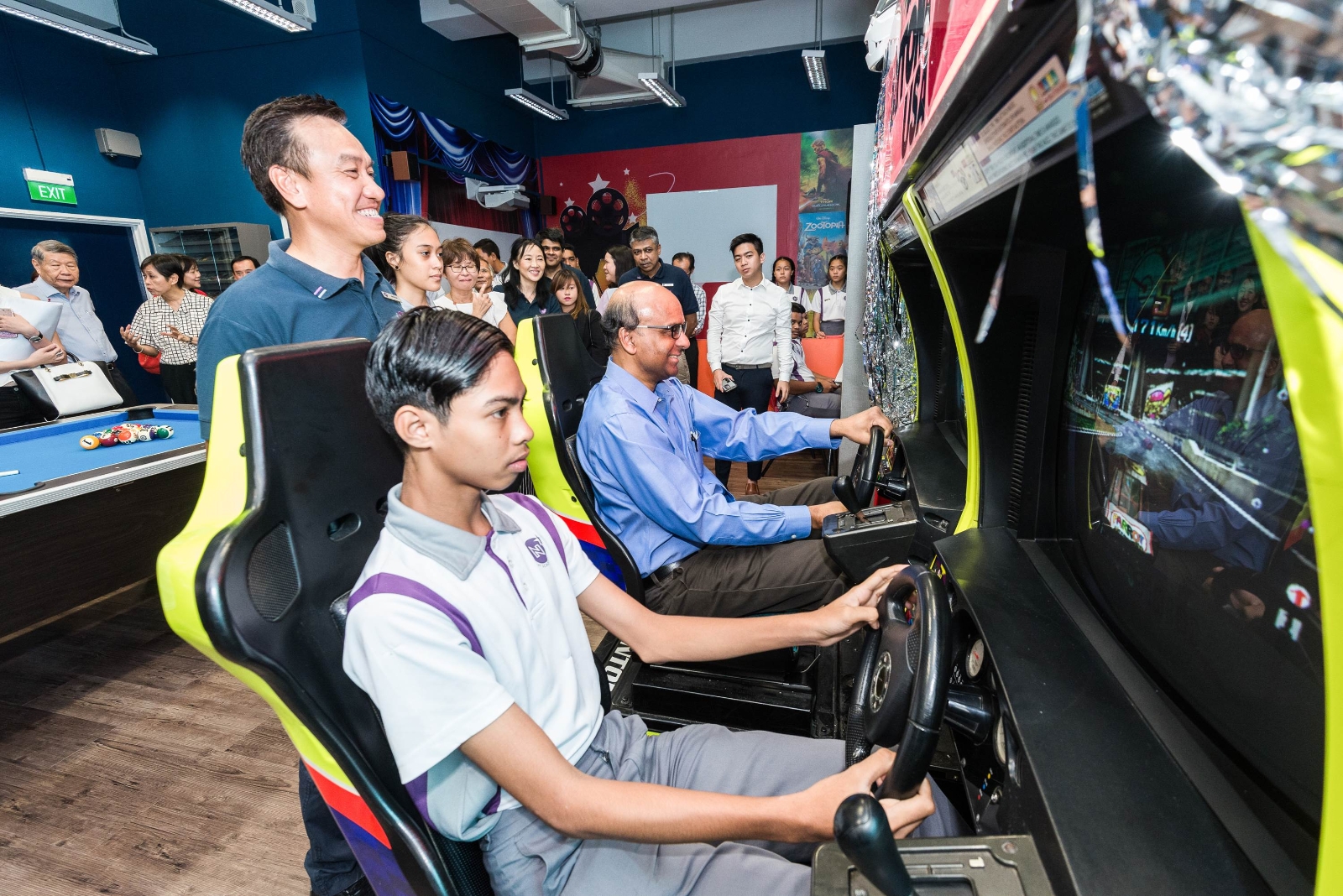 The need for speed: Deputy Prime Minister and Coordinating Minister for Economic and Social Policies Mr Tharman Shanmugaratnam takes on a NorthLight School student in a Daytona challenge.

With its many gaming stations, including two Daytona arcade machines and more than 10 Xbox consoles, it is no wonder that GAMES HQ, the newest Project CABIN at NorthLight School, has been drawing students in droves.

On average, 30 students drop in each day to play console games, use the pool table and computers, or simply relax. The centre is open four afternoons a week, and many students stay until it closes at 5pm. But it is not just fun and games – the CABIN also has a qualified social worker and a counsellor who are trained to listen, support and guide the students.

Deputy Prime Minister and Coordinating Minister for Economic and Social Policies, Mr Tharman Shanmugaratnam, speaking at the CABIN’s official launch on 22 September, said: “GAMES HQ is a way to keep the students engaged throughout the day, giving them something that they find fun while building up team spirit and camaraderie.”

The CABIN, Children’s Society’s 28th drop-in space for at-risk youth, had registered over 33,000 visits by October 2017.

To build on the success of its CABIN programme and foster friendships across CABINs and schools, Children’s Society has also found new ways to encourage CABIN users to connect. On 26 August for instance, it held a Project On The Spot inter-CABIN competition, in which students from various CABINs faced off in a ‘scavenger photo hunt’ at Sungei Buloh Wetland Reserve.

“It is through projects like these that we succeed in getting students to be more mindful of their environment and to actively participate in positive after school activities,” said Ms Tan Khiaw Ngoh, Chairman of Children’s Society’s Social Work Service Standing Committee.