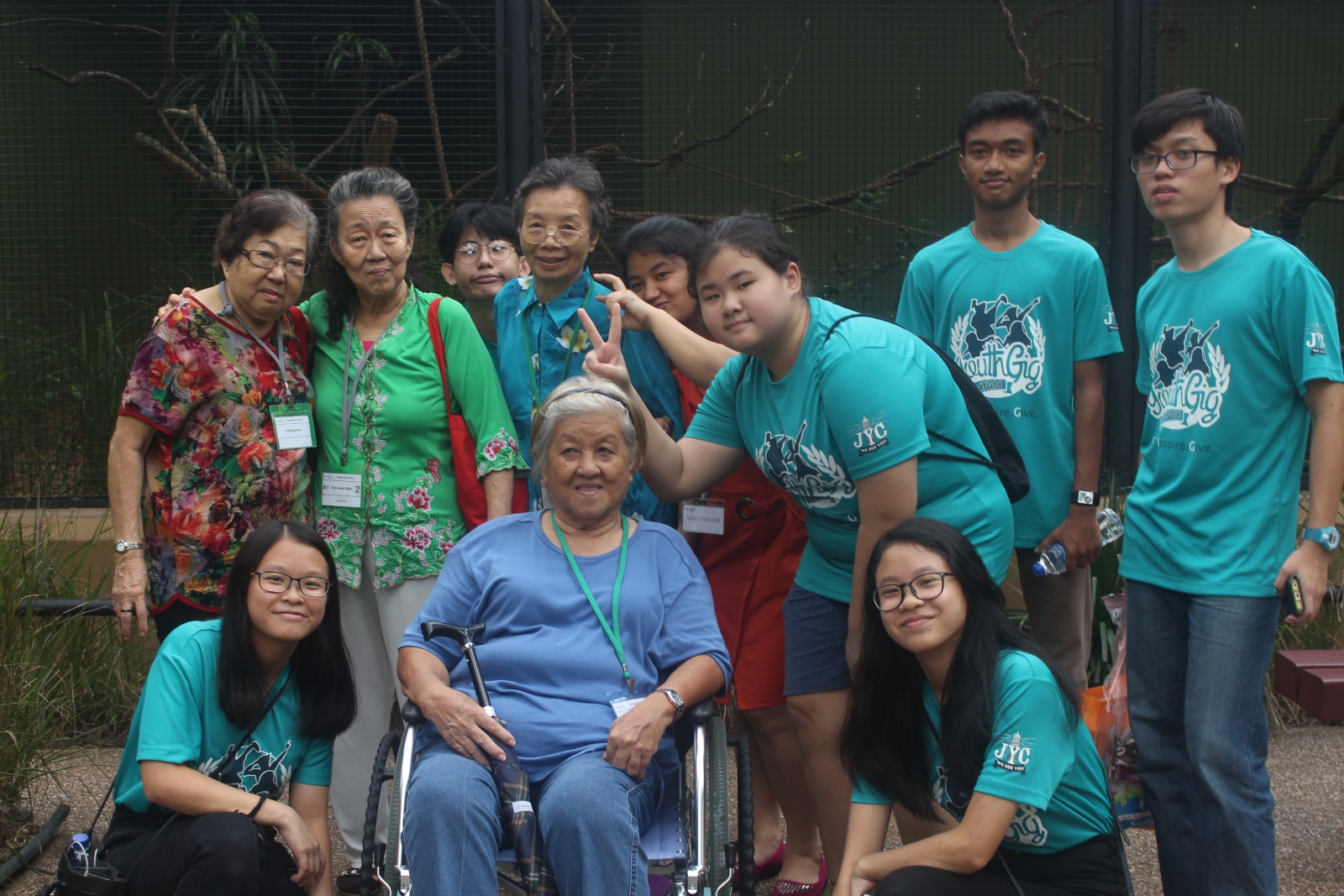 Bonding over birds when our beneficiaries took the elderly from St Luke Eldercare to Jurong Bird Park.

The idea of giving back took centrestage at this year’s YouthGIG, an annual community event organised by JYC @ Children’s Society, one of our youth drop-in centres.

This year's two-day event, held on 5 and 7 September was put on for the elderly charges of St Luke’s Eldercare Jurong East. They were kept entertained by games and performances at St Luke’s on the first day, followed by an excursion to the Jurong Bird Park on the second.

Over 40 youth beneficiaries conceptualised and executed the project over six months, led by nine crew leaders who headed various organising teams, including Operations, Programmes, Food & Beverage, Logistics, and Media Publications. Under the guidance and mentorship of our staff, they developed the various activities. Those with a passion for the performing arts were also invited to sing, dance, and make music.

Language barriers and dealing with those who suffered from dementia sometimes posed a challenge, but in the end, it was a heartwarming and rewarding experience, said 13-year-old Nur Muhammad Bin Emran, who helped organise the event.

“It was very nice to see the elderly smile and be happy at the end of the day,” he said.

Mr Benedict Kuah, Deputy Director and Head of JYC @ Children’s Society, pointed out that some of the youth volunteers in this year’s organising team have been involved for three years running.

“All the staff mentors are impressed at how much they have grown, how much more confident they have become, and the maturity of thought that went into their planning and organisation of the event,” he said.

Now in its 10th year, the organisation of YouthGIG takes a strength-based approach, which allows its young organisers to gain confidence, give back to the community, and inspire other youth while spreading a positive message.