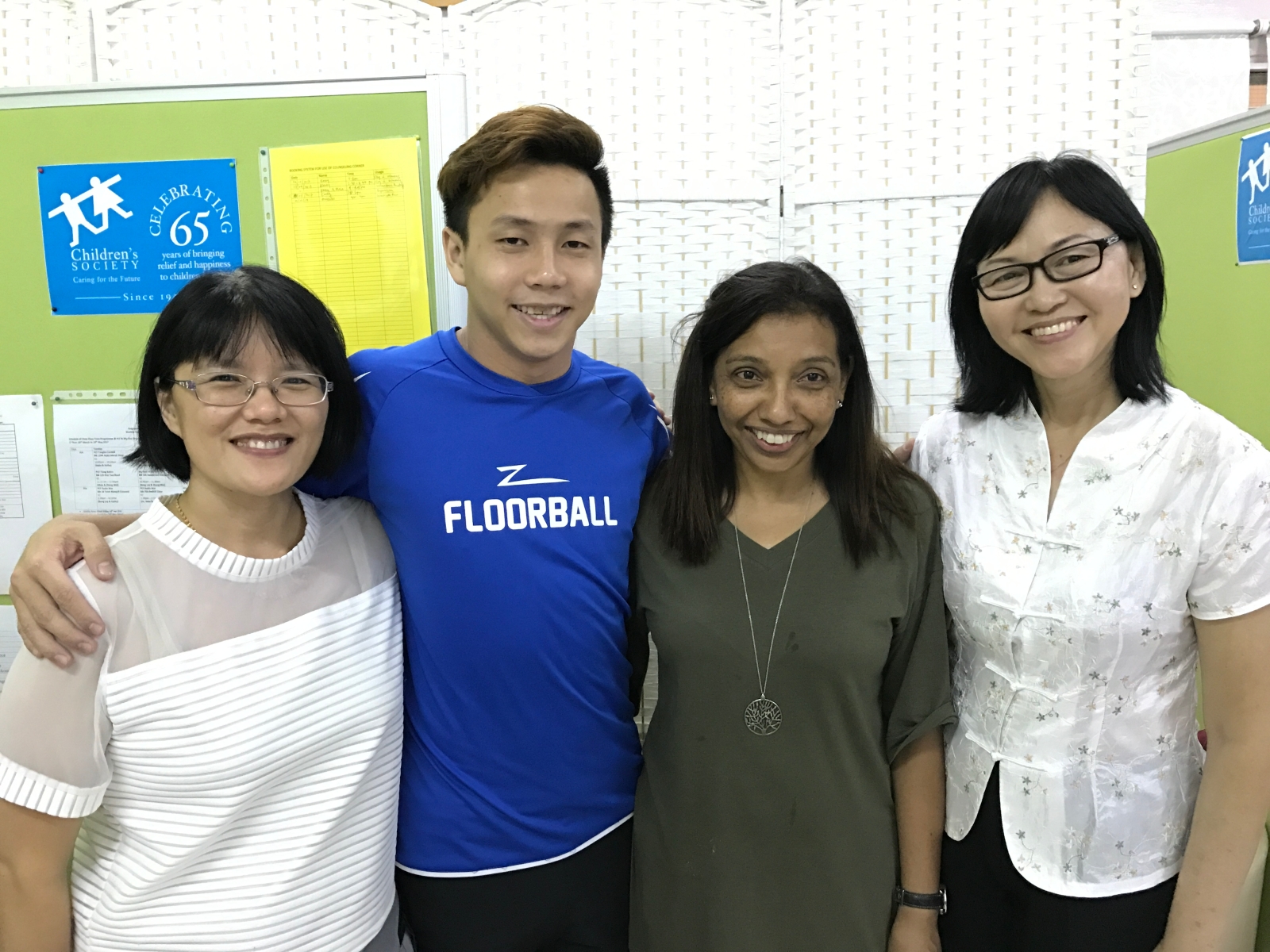 At the age of 9, national floorball player Lim Jin Quan was enrolled at Singapore Children’s Society Student Care Centre (Henderson). Both his parents worked, and they needed someone to keep an eye on him and ensure his schoolwork stayed on track.

It was a fun two years, Jin Quan, now 25 and a certified life coach, told children at the Centre. He made many friends, participated in a myriad of programmes, and made full use of the tuition and guidance offered by volunteers, counsellors and social workers.

“We could have honest conversations with the staff here. Sometimes, as children, we have emotions we are unsure of, which we require help processing. I treasured having the counsellors and social workers around. They lent a listening ear when I needed one,” he told the group of 25 children.

He also shared with them his journey to floorball stardom, encouraging them to dream big. His dream now is to open his own floorball academy, and impart life skills to others through sport, he said.

The children also shared their dreams with him. Some wanted to be scientists or teachers, and one, a volleyball player.