In 2018, Chillbox drew over 380 students, or about a third of the school’s population. On average, 30 students drop in after school each day to talk to our youth workers, play console games, use the pool table, or simply relax.

Chillbox, which is open until 5pm on weekdays, provides students with a safe and warm environment to hang out at, and one for which they feel a collective sense of ownership.

The name ‘Chillbox’ was picked from close to 200 entries in 2013, during a naming competition for a Project CABIN at the former Siglap Secondary School. Following the merger, the students decided to keep the name going, and carry on the CABIN’s legacy of having helped so many students.

What is Project CABIN?

Pioneered by Children’s Society, Project CABIN began in 1994 as, quite literally, cabins.

These student havens started out in containers that were placed within school grounds, and fitted out with comfortable furniture, games, and later on, Internet access. Over time, Project CABIN has evolved to cater to even more student needs, including their social and emotional well-being. Children’s Society’s youth workers organise developmental and enrichment programmes to help students develop social skills, broaden their knowledge, and learn how to contribute back to society.

Children’s Society now hopes to go beyond that. Through exploratory conversations, they aim to help students discover and develop their unique strengths, and recognise their own needs.

“We strongly believe that these conversations will lead to exciting opportunities to help students develop and grow,” explained Mdm Rashidah Bte Abdul Rasip, Acting Chairperson of Singapore Children’s Society’s Social Work Service Standing Committee. She added that for the launch of Meridian’s CABIN, many came forward to help with tasks from logo design and emcee script writing, to performances.

“These activities are engaging, and provide precious opportunities for our workers and youth on their journey of development.” 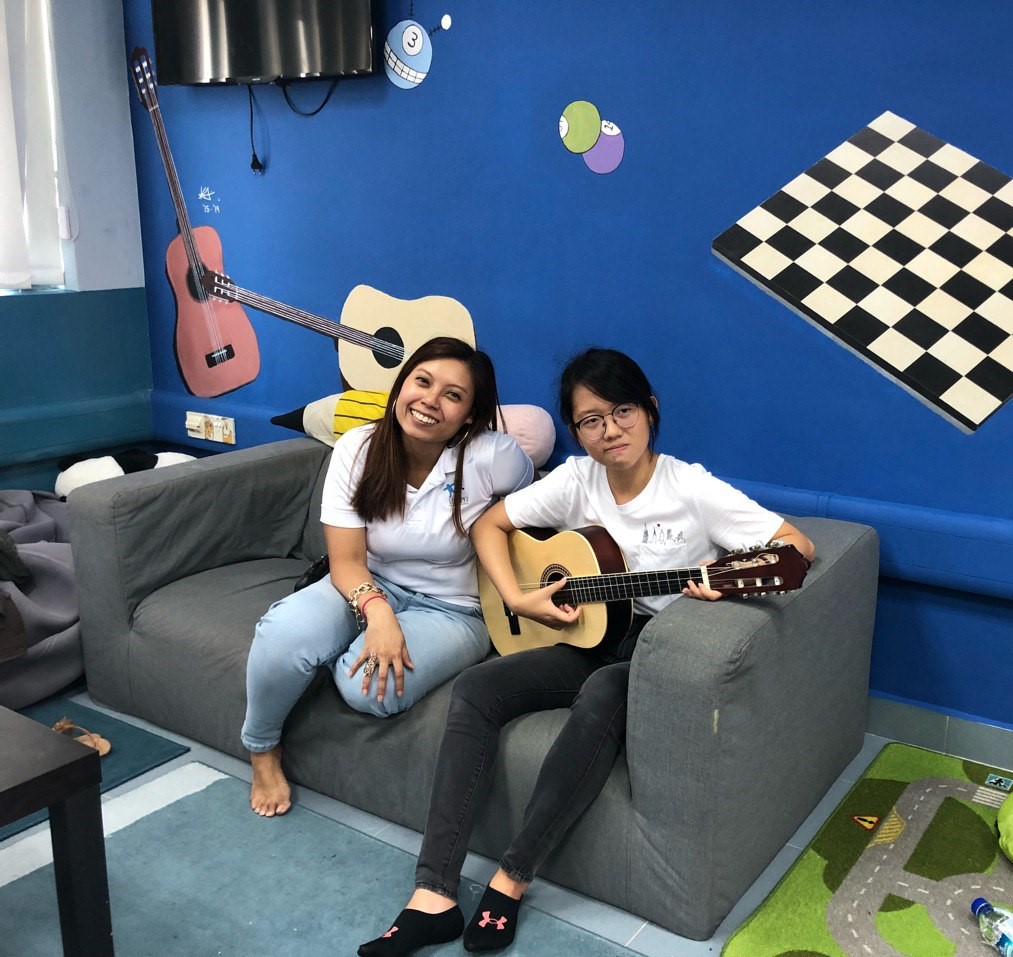 When Rebecca Tan Thing Rou was a student at Meridian Secondary School, she was alone a lot. She found it difficult to interact with strangers and make new friends.

But then she found a place at Chillbox. In the time she spent there, she became more confident, developed her interpersonal skills, and felt a sense of belonging. She played pool and board games with other students, and made friends.

Now 17 and a Fitness Training student at ITE College Central, Rebecca regularly returns to the school to help with the CABIN’s activities, and to act as a friend and mentor to her juniors.

Said Rebecca, “It gives me a sense of fulfilment knowing that I can still give back to Chillbox.”

And Chillbox continues to give to her. Rebecca says that her continued involvement gives her the confidence to take on roles in school that promote teamwork, management skills, and that allow her to serve others.

She’s an inspiring peer leader, said Ms Siti Zaleha Binte Abdullah, a Society youth worker. “The students who work with her have developed a greater sense of responsibility… Rebecca is an exemplary role model for other Project CABIN members.”

Click here to view more photos of the launch.

Click here to read the story in Chinese
请点击此处阅读中文版本