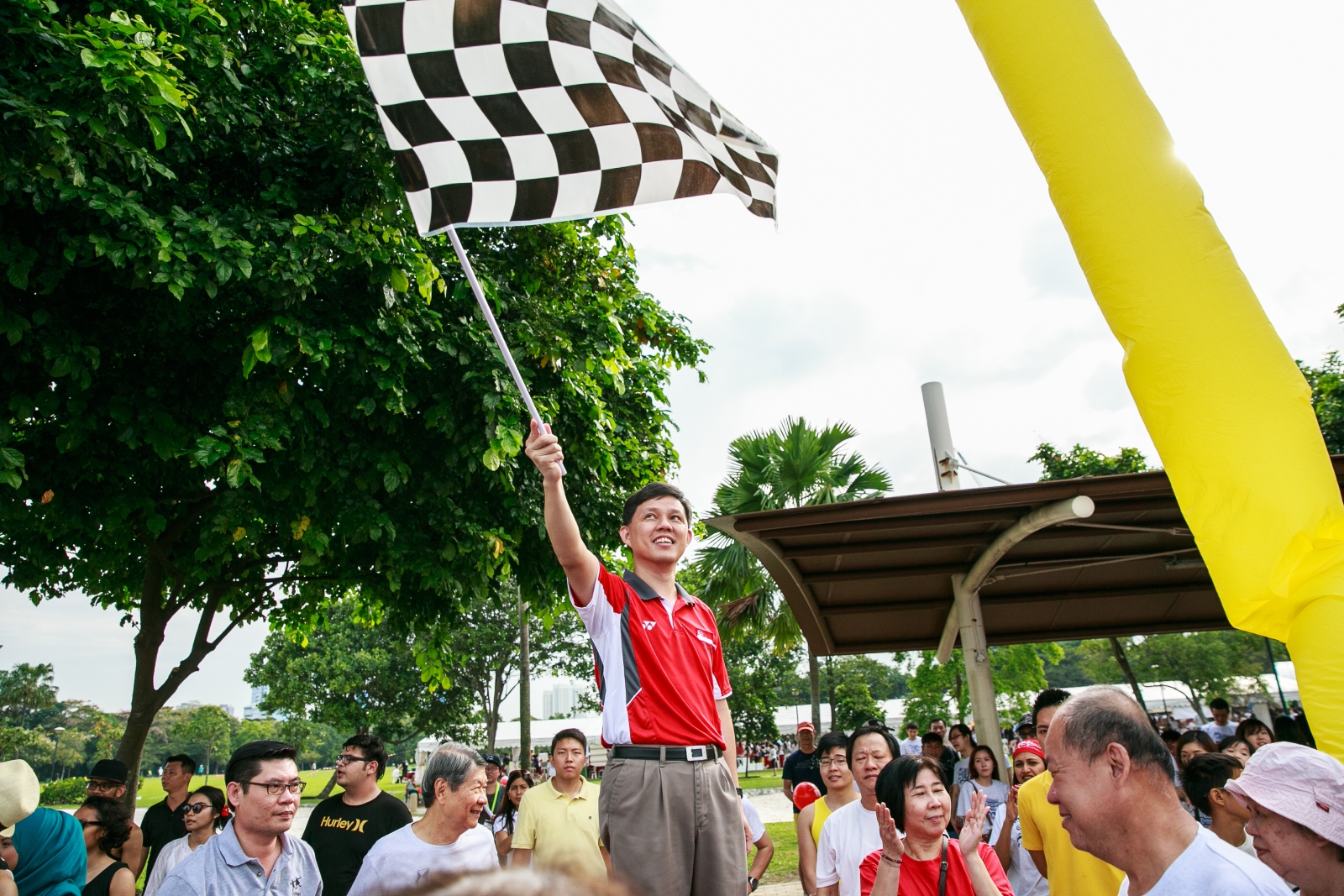 Families were the focus at the Singapore Children’s Society’s annual fund-raising event Walk for Our Children 2014, held on 17 August at West Coast Park.

In support of International Year of the Family (IYF), which marks its 20th anniversary this year, the Society encouraged families to participate in the 3-km walkathon together, strengthening the bonds between them while raising funds for children in need.

Walking along with them was Guest-of-Honour Mr Chan Chun Sing, Minister for Social and Family Development and Second Minister for Defence, who officially launched the event.

Besides the walkathon, the half-day event had a full line-up of activities, including a carnival and performances. A highlight was a spectacular kite flying display involving 30 giant kites, done in partnership with the Singapore Kite Association.

Children’s Society’s youth beneficiaries who performed during the event included 16-year-old dancer Hilmi Ahmad, from Youth Centre (Jurong), who could not get enough of the action. “Dancing is my passion… I hope to be involved in the performance for the Walk again next year!” he exclaimed.

A new segment was also introduced this year – corporate teams were invited to compete for a good cause in a tournament of SuperDodge Hero, which is similar to dodge ball. Eleven teams participated, with Huationg Contractor Pte Ltd clinching the championship title.

More than 3,000 participants and 600 volunteers participated in Walk for Our Children 2014, raising over $500,000 for the Society. The proceeds will further the Society’s mission of bringing relief and happiness to children in need.

The annual Walk is now in its 15th year.