Around the World with KidzFEST 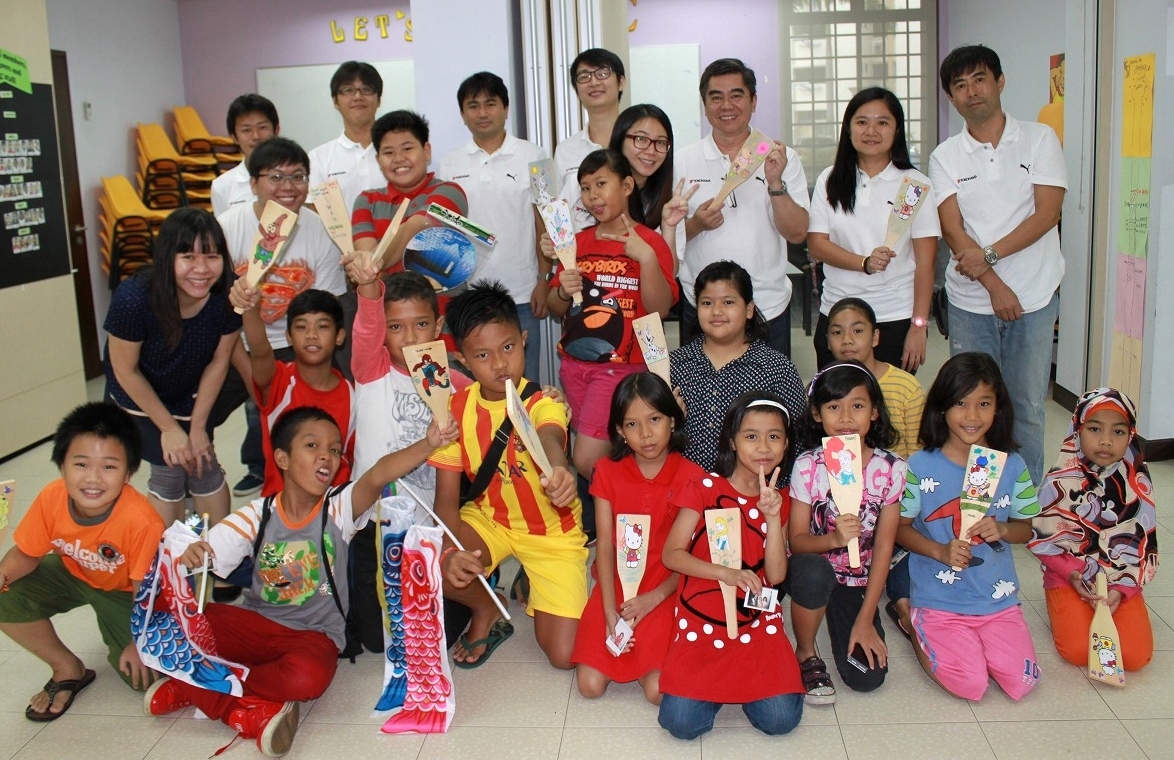 Participants from the Children Service Centre got a taste of Japan and Vietnam in the latest installments of KidzFEST, a mini-festival that brings Singapore Children’s Society’s beneficiaries up close with the diverse cultures of Singapore.

It was first to the Land of the Rising Sun on 21 June, when seven volunteers from Yokohama Industrial Products Asia-Pacific Pte Ltd taught them how to make their own sushi.

The children also got to try their hands at Hanetsuki, a game resembling badminton but without a net. It is played with wooden bats called hagoita, which the volunteers brought all the way from Japan. Participants got to design their own hagoitas before challenging each other to several games. They also got to learn some Japanese. And then on 8 September, they were off to Vietnam. Two Vietnamese volunteers took the children on a virtual tour of some of Vietnam’s most popular spots through a series of stunning photographs.

They even got a crash course in speaking Vietnamese before tucking into some yummy Vietnamese fare. On the menu were pho, a Vietnamese soup typically made with beef stock, and Vietnamese spring rolls, which they could customise to their liking.

They then worked off the tasty treats playing traditional games from around Vietnam, including skipping rope in groups and attempting to hit a suspended pan after spinning around ten times.

Thank you, arigato and cám ơn to all the volunteers who made these cultural exchanges possible!