A Trip through Time at YouthGIG 2014

More than 70 youth beneficiaries from Youth Centre (Jurong) put their passion for the performing arts on display at YouthGIG 2014 – Past-Present-Future on 21 November 2014, drawing inspiration from the various interests of the generations among them.

Through the concert, they aimed to inspire the audience of close to 300 with their message of learning from the past – both the good and the bad – seizing the present, and aspiring towards a better future. 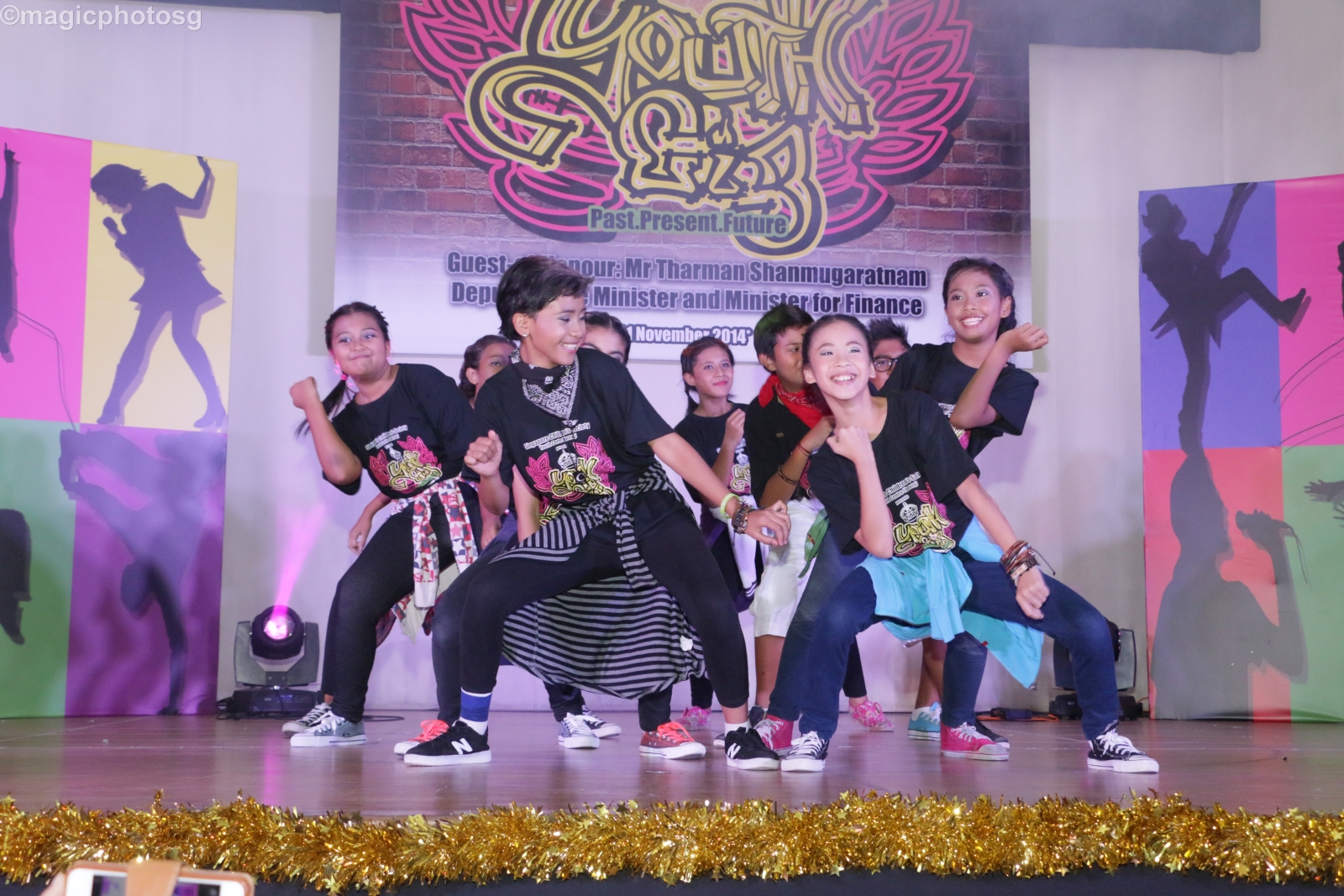 After months of planning, conceptualising and rehearsing, they performed a range of a cappella music and acoustic songs, and heated up the stage of the Taman Jurong Community Club with old and new hip-hop numbers such as ‘Hey Soul Sister’, ‘All About That Bass’ and various other song mash-ups.

Previous years’ YouthGIG concerts have promoted positive messages like having a healthy body image and saying “no” to smoking.

Deputy Prime Minister and Minister for Finance Mr Tharman Shanmugaratnam was Guest-of-Honour, and even took the time to mingle with some of the youth before the concert.

In his opening speech, he encouraged the youth to draw on their diverse talents and strengths to help them achieve their goals.

Friends and family members of the youth participants cheered them on, raising their smart phones to capture memories of the evening. Even after the performances ended, no one wanted to leave, and the dancing continued on stage.

“This is truly an effort of the community to co-create a platform for our youth, and a simple but meaningful opportunity for young people to recognise, grow and flex their potential, whether in a specific talent or the good value of working with others to put together a production,” said Ms Gracia Goh, Deputy Director and Head, Youth Centre (Jurong).