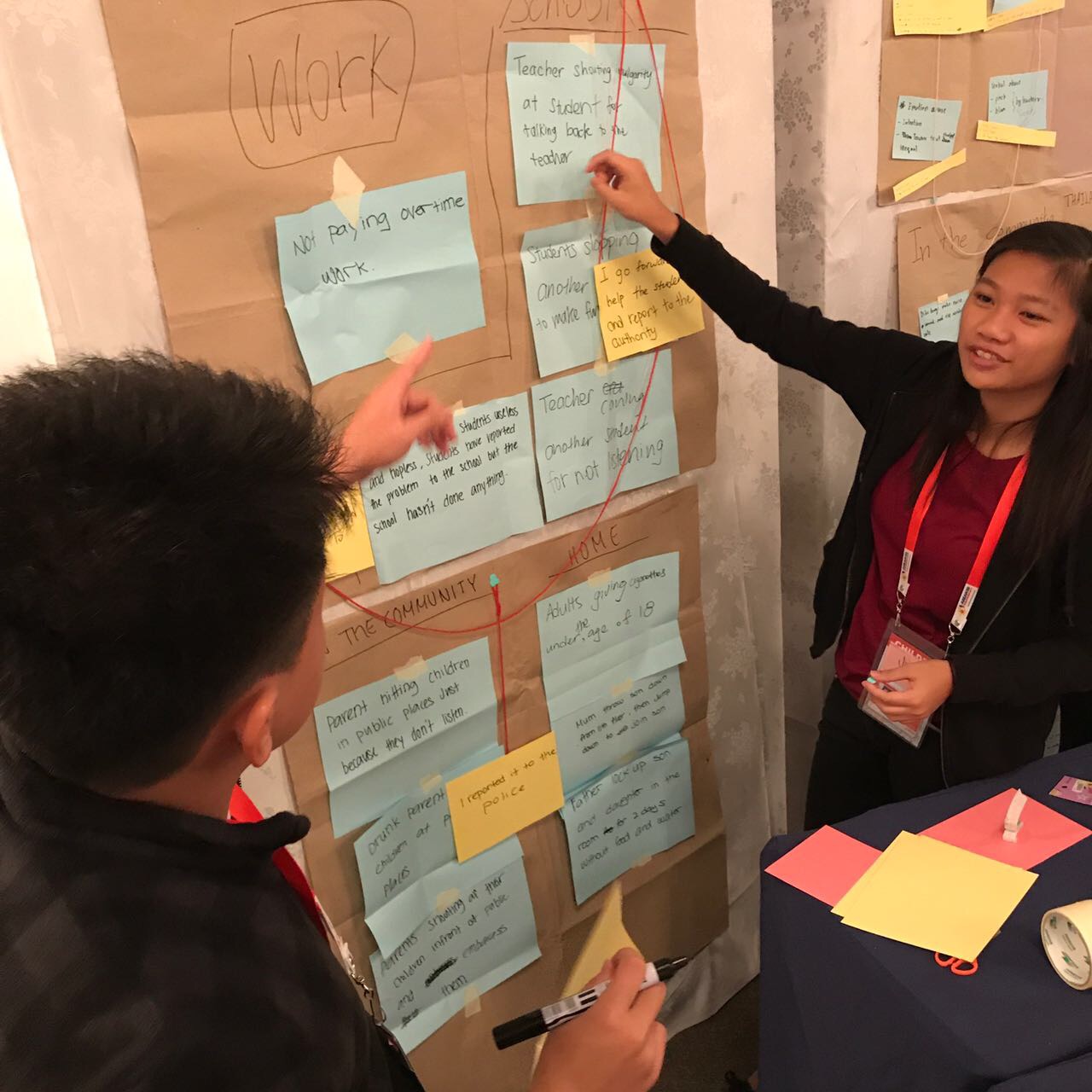 Two youth representatives from youth centre VOX @ Singapore Children’s Society had the opportunity to represent Singapore at the 7th Cross Regional Meeting on Violence Against Children earlier this year.

Themed ‘Placing Children at the Heart of the Sustainable Development Agenda: Accelerating Progress in Children’s Protection from Violence’, the forum invited youth delegates from ASEAN Member States and the Republic of Korea to discuss the issue of violence against children in their respective countries, and to speak on the changes they hoped to see.

Abuse and violence against children takes many forms, including bullying, sexual assault and online violence.

Henry and Julia shared their concerns about the physical bullying that takes place in schools, proposing that surveillance cameras be installed in secluded areas where bullying is common, and that architects bear this issue in mind when designing and building future schools.

In the short term, young people need to be empowered to speak up, said Julia, adding: “To stop child abuse, we need to inform the adults when we know that something is not right.”