1000E Charity Golf Back on the Green

The 1000 Enterprises for Children-in-Need (1000E) Charity Golf entered its second year at The Singapore Island Country Club on 15 May. More than $520,000 was raised through the sale of flights, auctions and outright donations.

The event rallies Children’s Society’s corporate donors and golf enthusiasts from the business fraternity behind its mission to make a difference to the lives of children in need. 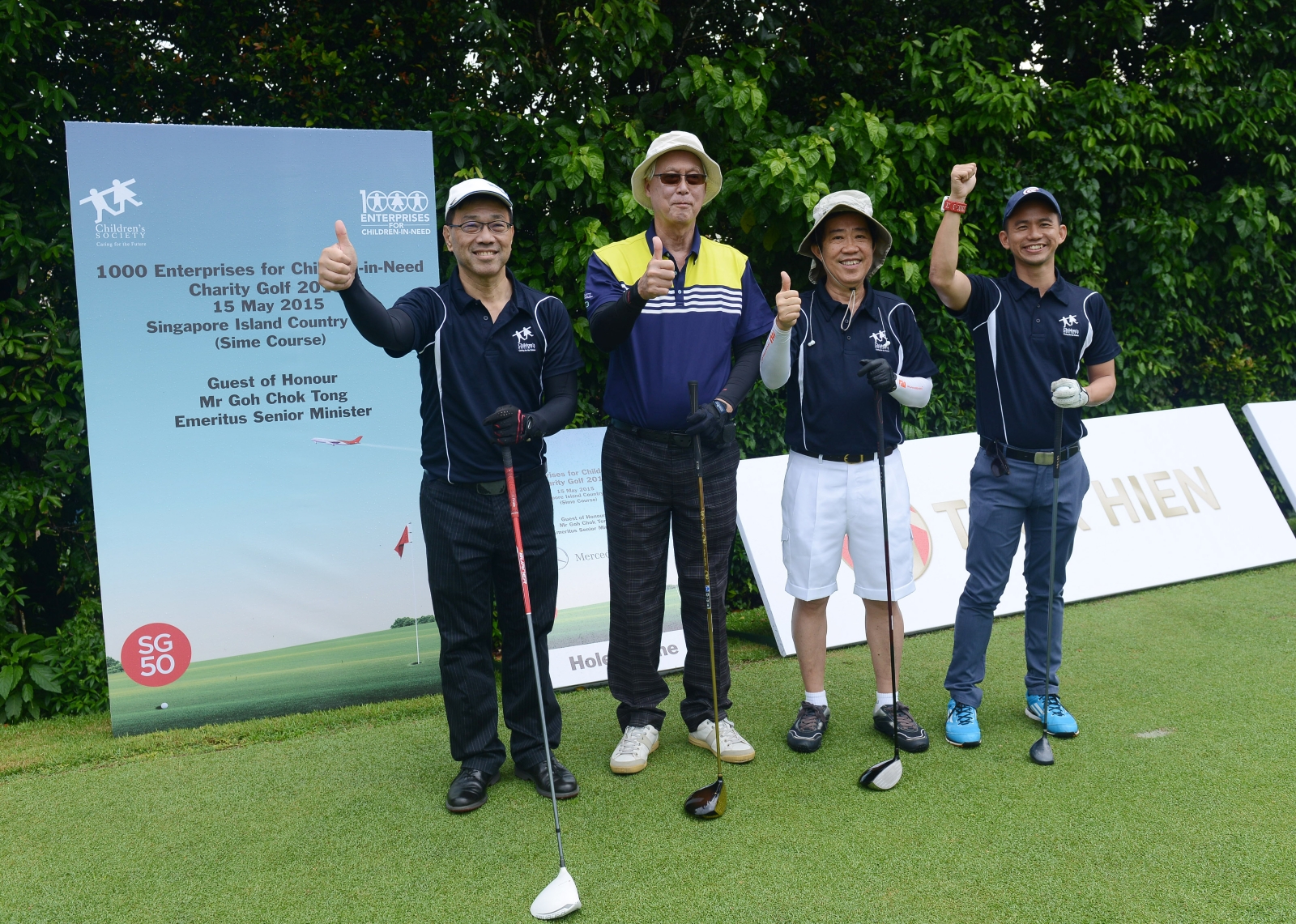 At a dinner following the golf tournament, Mr Goh presented tokens of appreciation to supporters.

This was followed by a live auction during which Ambassador for the 1000E programme and a Platinum Sponsor of the event, Mr Jason Tang, successfully bid for a piece of calligraphy by the late Venerable Song Nian.

A set of Nike Golf apparel autographed by American professional golfer Michelle Wie ended up in the hands of golfer Kevin Kwee, Director of Exklusiv Resorts.

Successful bidders in both the silent auctions brought home artwork created by the Society’s beneficiaries, and a Samsung Galaxy 4G+ S6 handset.

Speaking at the event, Chairman of Children’s Society Mr Koh Choon Hui said he was moved by the outpouring of support which has brought the Society closer to the $15.7 million it hopes to raise this year to help children in need.

“We are very fortunate to have the support of our committee, volunteers, dedicated staff, the general public and generous donors like you,” he said.