Honouring Our Volunteers and Donors

Besides his roles as Chairman of the Medical Board at the Institute of Mental Health and President of the Singapore Association for Mental Health, the 51-year-old is a practising child psychiatrist. Yet, he finds time to volunteer regularly with Singapore Children’s Society.

Assoc Prof Fung has been a member of both Children’s Society’s Research and Advocacy Standing Committee and its Research Committee since 2002, offering insights and expertise to various monographs and surveys on child abuse and cyberbullying.

For his 15 years of dedication, he received the Platinum Service Award at the Singapore Children’s Society Awards Presentation 2017, held on 7 June at Pan Pacific Singapore. Guest-of-Honour Mr Ng Chee Meng, Minister for Education (Schools) and Second Minister for Transport, presented the award.

“My greatest motivation is to see that children benefit from the work that I do, both directly and indirectly,” Assoc Prof Fung said.

Fifty-two other volunteers and donors were also honoured at this year’s Awards.

Congratulations to all award recipients, and thank you to all the volunteers and donors who help further our mission of bringing relief and happiness to children in need. 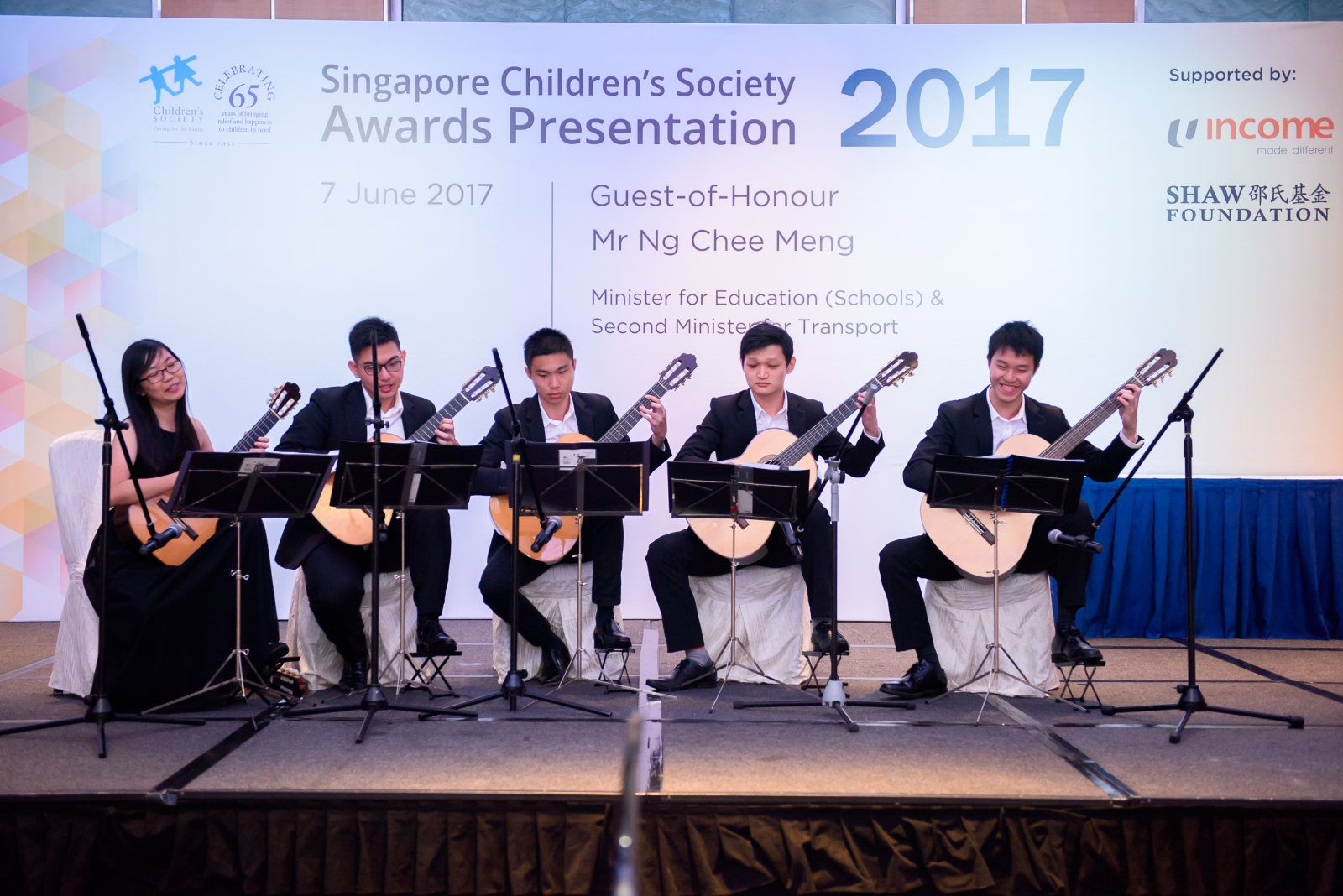