The contributors were recognised during the 1000 Enterprises and 1000 Philanthropists for Children-in-Need Appreciation Dinner 2018, held on 16 March at Fairmont Singapore.

Deputy Prime Minister Teo Chee Hean, who is also Coordinating Minister for National Security and Patron of the programmes, was the Guest-of-Honour.

In addition to presenting tokens of appreciation to those who had helped further Children’s Society’s mission of bringing relief and happiness to children in need, DPM Teo also presented a certificate of appointment to the new ambassador of the 1000E and 1000P programmes. 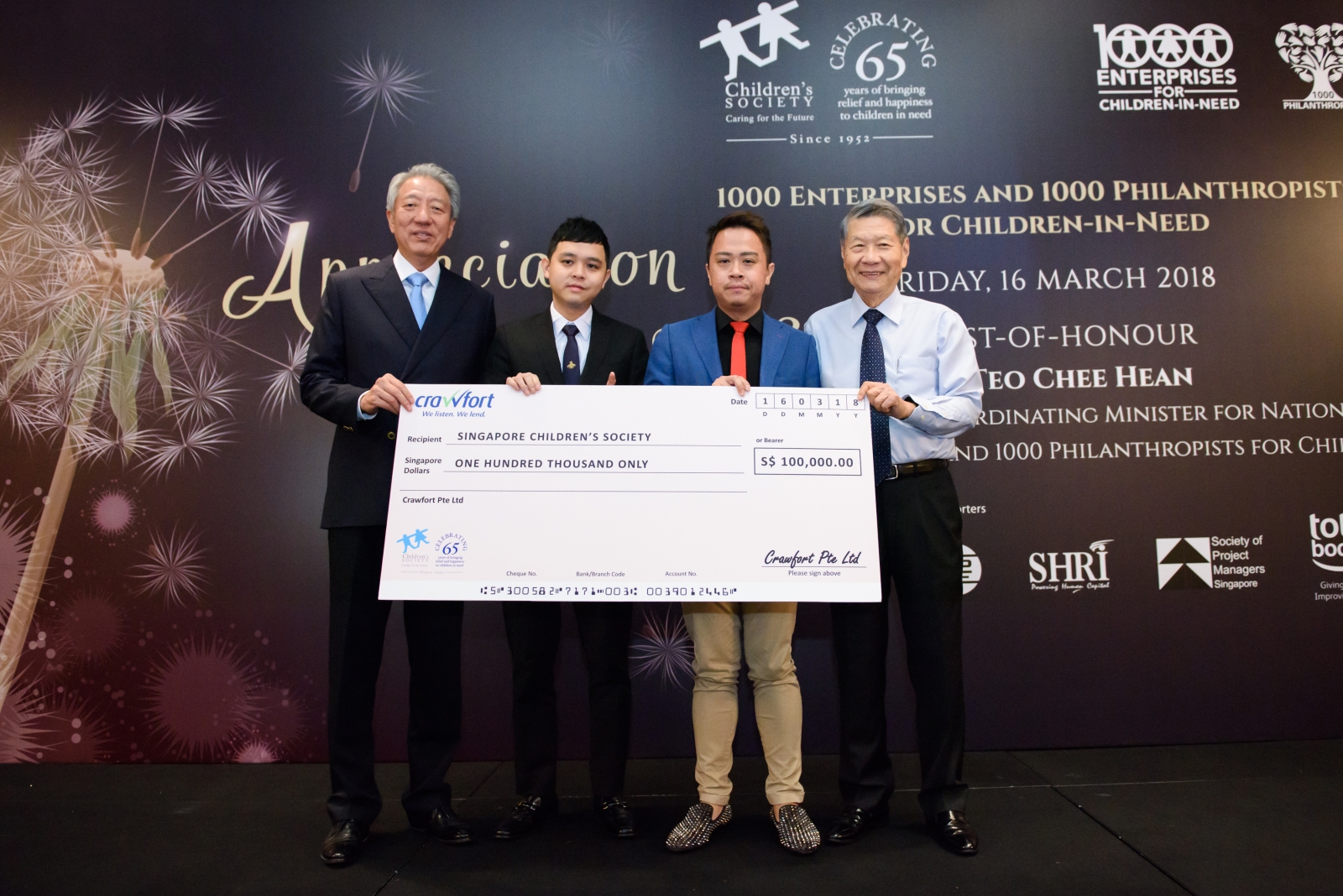 Crawfort Pte Ltd, a licensed moneylender in Singapore, also presented a cheque of $100,000 to Mr Koh Choon Hui, Chairman of Singapore Children’s Society, in support of the Society’s cause.

“We strongly believe that today’s children will form an immovable pillar that will anchor the future of subsequent generations,'' said Crawfort managing director Mr Jjohn Cheow. '' We all have a crucial part to play in guiding the incumbent generation to leave rich legacies for the next,” he added.